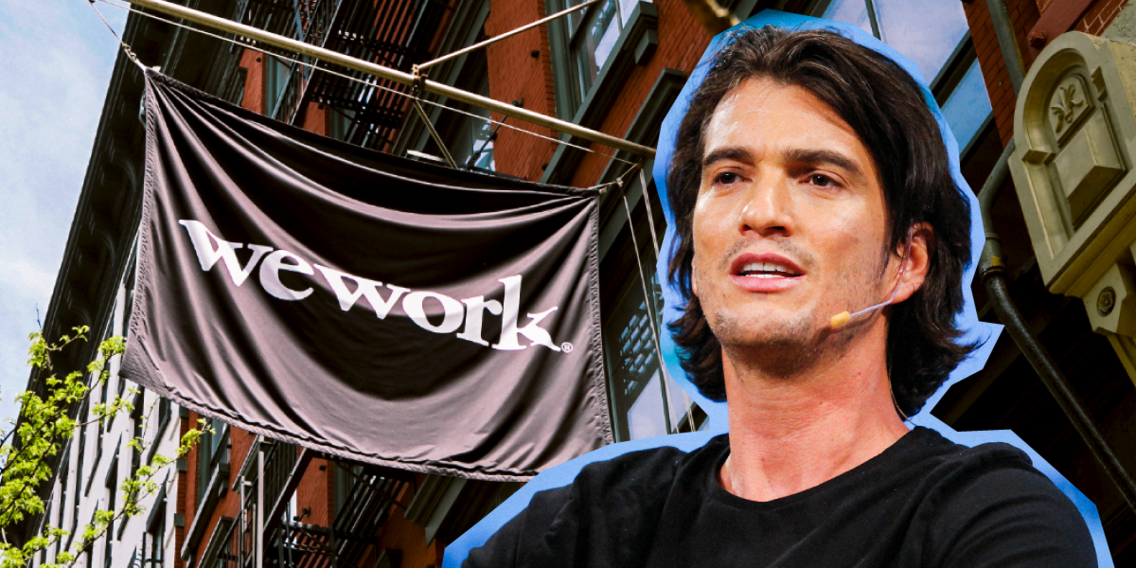 In 2015, I said this was not a good investment.   In 2018, I said, I couldn’t believe this was still going on.  In April this year, I reiterated this was going to crash….and it finally has.  But that doesn’t mean I’m happy I was right.

What was my prediction?  WeWork (now We Company) was not a good investment.  In the past couple of weeks, We Company has been a disaster. {Click to Tweet}  They cancelled their IPO, are burning cash ($700 million every 90 days), they lost $1.2 billion in 2018 and are on track to lose another $2.5 billion in 2019.  Other than burning cash like crazy, they have another $1.4 billion in corporate debt and have committed to $2.5 billion in lease payments.  They were going to go public but that didn’t work out.  The founder is out AND all of this is happening while the office market is doing great.

We Company is a flexible office space company that leases space on 10-15 year leases. They make their offices really cool and then lease out smaller spaces to companies on shorter term leases at higher rates.  They have committed to over 528 locations and over $2.5 billion per year in rents at today’s high rates.

Here are few of the articles that have been coming out about this complete disaster.
1.  Slate.com — A good summary.
2.  NY Times  — A good article about Adam Neumann stepping down.  This will not be the last we hear about Mr. Newmann for sure.
3.  Vox — More about the biggest investor, Softbank and We.

This company is in serious hurt and will be even more when the inevitable recession (and accompanying lower rents and fewer start ups and entrepreneurs leasing flex space) happens.

I got this prediction right…and I don’t feel good about it.  We Company has just leased over 200,000/sf of office space in Metro Phoenix.  Luckily for Phoenix, this is not a ton of space, they are just 0.25% of our office base.  In NY they have millions of sf leased.  But this could be the first real negative in the Metro Phoenix office market to an otherwise healthy market.  We will see how this plays out but let’s hope they make huge changes because they need to.  The landlords they have leased from in Greater Phoenix are good ownership groups, and deserve good tenants and we love a strong office market.

Contact me if you have any thoughts you would like to discuss on this, or any other real estate trends.

Tequila-fueled staff meetings and investor pitches, pot smoking on board Gulfstream jets, and wild-eyed declarations of the ability to change the world (and to live forever) may have found ready media outlets seeking to present salacious tidbits regarding the behavior of Adam Neumann, the cofounder, chairman, and now former CEO of sometime-before-yesterday’s momentum darling, The We Company, and its better-known subsidiary, WeWork.

Putting aside that such antics would be better suited to the chief of something called The Me Company than to its communitarian alter ego, they are a distraction in comparison with the prank that is WeWork itself.

So let’s skip past the beer and kombucha taps in the common area and discover why this confusing company has turned from foamy-headed to flat in the span of a few months after announcing its intentions to go public.

The first reason for WeWork’s fall from grace is that the business model on which WeWork relies amounts to attempting to globalize a chain of sidewalk lemonade stands by signing a full-faith-and-credit forward contract for $34 billion of Crystal Light with Kraft Foods. And then counting on the world being both infinitely thirsty and that its purchasing power will never be dented by recession.

For what WeWork has undertaken, as disclosed in the prospectus for its erstwhile IPO, is in fact $34 billion (yes, that’s billions) of rent obligations to landlords around the world over the next 15 years, highly concentrated in centers of commerce such as New York and London.

It had to shell out $1.2 billion in 2018 alone, when it was still in wildly rapid growth — and in the first six months of 2019, on an annualized basis, was paying rent of $2.5 billion per annum, and still rising.

It has also taken on $1.4 billion of corporate indebtedness (a daunting sum for a startup to be sure, but a drop in the bucket compared to its lease liabilities). This for a company that grossed less than $2.6 billion in sales for the 12 months through June, and in that period had only $232 million — after other cash operating expenses — before paying its rent bills of $2.1 billion.

The second bit of nonsense emanates from the business in which WeWork is engaged in the first place — leasing other people’s real estate to tenant “members” with essentially no credit capacity and in a business with minimal barriers to entry, other than a willingness to pay rent.

Essentially, to revert to the lemonade-stand analogy, WeWork is trading from the curb — albeit with a very expensive permit. The problem is, everyone in commercial office real estate has a curb of its own. The very landlords who actually own the space from which WeWork is plying its wares can set up, and are setting up, their own “lemonade stands” in the form of short-term, flexible occupancy coworking space with copious support services and tie-ins.

WeWork is, to its customers, the Uber of commercial real estate (it has tried residential too, which has proved disappointing), the Johnny-on-the-spot solution that avoids one having to work out of their home or neighborhood Starbucks, or setting up costly support services.

The problem is that this form of “Uber” is one that has guaranteed all its drivers’ pay and leased multiple fleets of cars for the next decade and a half, and then some. Long-term liabilities against short-term income streams would make no more sense to the ride-hail industry than they do to commercial real estate, even less so for the latter as real estate is far more expensive and rigid a commodity than cars and, yes, people. Landlords can provide a small fraction of their inventory for coworking, short occupancy without burying their business model in risk.

For WeWork, apparently, undertaking risk IS the business model.

So far I have expressed my dismay in terms of relevant to existing and potential shareholders of, and lenders to, WeWork. But there is more at stake here.

WeWork has become a dominant player in the office market in many major cities. In New York and London, WeWork is the largest private sector office tenant, something they actually crow about. In Manhattan, the company has over 5.3 million square feet of office space, more than the entire enclosed space of the Mall of America, the largest mall in the US.

Now this is, to be fair, only about 1% of the total market. But that is not the relevant metric where WeWork is concerned.

By my calculations, two years ago, in mid-2017, WeWork had about 2.4 million of space in Manhattan (2.8 million in all of New York City), and therefore added nearly 3 million square feet in Manhattan over the past 24 months.

Total leasing volume in Manhattan during that period was about 55 million square feet, the vast majority of which were lease rollovers or tenants moving from one space to another, as opposed to net new absorption (the difference between space coming to market and newly leased space). Even so, WeWork was itself 5.5% of gross leasing volume, an enormous amount for a single tenant.

But, in terms of net absorption, according to data from industry sources and my calculations, if WeWork were removed from the equation, the Manhattan market would have experienced negative absorption of roughly -700,000 square feet of leased space, as opposed to the just over 2.3 million square feet of net absorption that it experienced over the 24 months ended June. This, folks, means that at the margin WeWork is moving markets — bigly.

Therefore, the precarious nature of the firm’s business model not only endangers the landlords that are directly exposed to the company, but the market at large.

Were the demand represented by WeWork to disappear (either in a recession, a collapse of “tech bubble 2.0,” and/or because other landlords move in to service such coworking demand as remains after others return to their homes or Starbucks), rents across the commercial office market would be negatively impacted, to the detriment of all participants therein (except, of course, tenants).

So, yes, Adam Neumann showed incredible chutzpah with his clowning about and his self-dealing (buying and leasing space to the company, concentration of voting rights, even claiming personal trademark rights to the word “WE”). But don’t let all that be a distraction from what is really going on behind the curtain (wall). The business model itself defies both common sense and market realities.

Dan Alpert is an adjunct professor at Cornell Law School, a senior fellow in macroeconomics and finance at the school’s Jack C. Clarke Business Law Institute, and founding managing partner of the New York investment bank Westwood Capital LLC. He has been active in commercial real-estate banking and finance since 1982.

This is an opinion column. The thoughts expressed are those of the author(s).